Dangerous counterfeit drugs are putting millions of US consumers at risk, according to a new study C. Michael White Professor of Pharmacy Practice, University of Connecticut - Yesterday 10:00 AM

- May 31, 2022 No comments:
Email ThisBlogThis!Share to TwitterShare to FacebookShare to Pinterest

Texas Board of Pharmacy Sued by Disciplined Pharmacy

- May 26, 2022 No comments:
Email ThisBlogThis!Share to TwitterShare to FacebookShare to Pinterest

- May 26, 2022 No comments:
Email ThisBlogThis!Share to TwitterShare to FacebookShare to Pinterest

Wednesday, May 25, 2022New York Establishes Pharmacy Benefits Bureau (natlawreview.com)
- May 26, 2022 No comments:
Email ThisBlogThis!Share to TwitterShare to FacebookShare to Pinterest

- May 26, 2022 No comments:
Email ThisBlogThis!Share to TwitterShare to FacebookShare to Pinterest
TWEETSHARECOMMENT

It’s no secret that abortion bans do more than block abortion access. They impinge on medical care for a variety of issues.

That’s because the medication that is prescribed to end a pregnancy isn’t just used for abortions. One such drug prevents stomach ulcers and induces labor. Another is used for chemotherapy, arthritis, and lupus.

But now, amid mounting restrictions on legal abortion, some pharmacists fear that if they fill prescriptions for these drugs, even for non-abortion reasons, they could be subject to civil lawsuits or criminal prosecution.

In the state of Texas—where abortions have been severely restricted for more than eight months—this problem is already leading to administrative hassles and treatment delays that endanger patients and frustrate medical personnel.

In an interview with the Slate podcast What Next, Natalie Crawford, an Austin-based OB-GYN and fertility doctor, said that pharmacists in her area “do not want to fill” prescriptions for misoprostol, a drug commonly used to prevent stomach ulcers and induce labor. Crawford and other physicians sometimes use misoprostol to soften the cervix of a patient who isn’t pregnant before performing a gynecological procedure, such as inserting an IUD or examining the inside of her uterus.

[Read more about how the Texas abortion ban is affecting clinics.]

Misoprostol is also one part of a medication abortion, which accounts for more than half of abortions performed in the U.S. So when Texas pharmacists see a prescription for misoprostol come in, “there’s definitely hesitation,” said Ashley Garling, a clinical assistant professor at the University of Texas College of Pharmacy. “It’s turning to a colleague and saying, ‘How do you feel about filling this? Would you fill this?’ ”

Garling practices at pharmacies associated with H-E-B, a Texas supermarket chain. In the months since the abortion ban took effect, she’s heard concerns from co-workers who worry they might be held liable for dispensing the medication if it were used for an illicit abortion. Physicians can append a diagnosis code to a prescription for its intended use; if a misoprostol prescription arrives without one, Garling and her colleagues will now call the prescriber and document the diagnosis in the pharmacy records—both for insurance purposes and as a kind of protection against possible lawsuits.

This extra layer of caution has made it more challenging for Jamie, a Houston OB-GYN, to provide care for patients experiencing miscarriages. (Jamie requested the use of a pseudonym to preclude retaliation from an employer.) When some fetal tissue remains in a patient’s uterus after a miscarriage, or if a patient’s uterus has failed to expel a nonviable fetus, her doctor may prescribe misoprostol to complete the process. This is not an uncommon medical issue, but some pharmacies—including CVS, according to Jamie—now require their employees to speak directly to the prescriber on the phone before filling a misoprostol prescription.

“If they don’t speak with someone, or if the diagnosis code does not match their allowed codes, they will deny the prescription,” Jamie said. “I have also run into issues with pharmacies not being able to reach us on Friday or after hours or on the weekends when our offices are closed, and denying the prescription.”

When asked about its misoprostol policy, a CVS spokesperson responded with a statement: “Our highest priority is ensuring safe and timely access to medications for our patients. We’ve educated our Texas pharmacy teams about changes in Texas law and its requirements and expect them to comply as they would with any other state regulation.”

Jamie has tried to send prescriptions for misoprostol to pharmacies that don’t require this extra step, which can obstruct timely care for a patient going through a miscarriage—an already physically and mentally taxing experience. But the extra demand on those pharmacies has made them more likely to be out of inventory.

To make matters worse, the medical term for a miscarriage is spontaneous abortion. But pharmacists and pharmacy technicians don’t always understand that the term does not mean elective abortion. The pharmacists will “ask if we are aware of new Texas laws,” Jamie said. “Yes, we are aware.”

“It’s very demoralizing to have so many people not a part of this patient’s life—who is going through one of the worst times in their life—second-guess you and treat you like you could be a criminal,” Jamie said.

There are two Texas laws that could theoretically be used against a pharmacist who helps a patient terminate a pregnancy. The better-known one is S.B. 8, the ban on abortions performed after the onset of fetal cardiac activity. That regulation is enforced through the threat of private lawsuits: Anyone can now sue abortion providers or any of the patient’s “abettors” for $10,000 or more—plus attorneys’ fees—for participating in an abortion after the legal limit.

But pharmacists are particularly concerned about S.B. 4, a law restricting the distribution of medication that can be used for abortions. S.B. 4 added two medications to the category of “abortion-inducing drug” in Texas law: misoprostol and methotrexate. (Previously, the category only named mifepristone, the so-called abortion pill, which blocks progesterone, the hormone that supports the pregnancy.)

Misoprostol, the medication being denied to women having miscarriages, is used alongside mifepristone for a medication abortion. Methotrexate is prescribed for ectopic pregnancies—a condition wherein a fertilized egg embeds in a fallopian tube or somewhere other than the uterus. If left untreated, an ectopic pregnancy will not result in a live birth; more likely, it could rupture the fallopian tube and cause severe bleeding or death. Methotrexate is also used to treat chemotherapy and autoimmune diseases.

The law requires anyone who dispenses these medications for the purpose of inducing an abortion to complete a variety of tasks, including independently verifying the existence of a pregnancy and documenting how far along the pregnancy is—jobs that pharmacists do not perform. And unlike S.B. 8, which carries the risk of a potentially ruinous lawsuit, S.B. 4 threatens clinicians who violate the law with a felony charge.

Pharmacists likely wouldn’t be penalized under this law for filling standard prescriptions from OB-GYNs, because the Texas law makes exceptions for the situations outlined by the doctors above. The category of “abortion-inducing drug” explicitly excludes medication “that may be known to cause an abortion but is prescribed, dispensed, or administered for other medical reasons”—such as, perhaps, misoprostol prescribed for an IUD insertion. Another statute clarifies that a medical intervention is not an abortion if it is performed with the intent to complete a miscarriage or treat an ectopic pregnancy.

But the laws can be difficult to parse, and pharmacists are clearly worried that there’s nothing to stop an overzealous prosecutor or lawsuit-wielding citizen from initiating a lengthy, expensive legal battle, even if a pharmacy worker did nothing wrong.

“The average pharmacist—they’re not a lawyer. They’re just going, ‘Hey, if there’s a law that says I can be arrested for giving this, I’m not going to give it,’ ” said Charlie Brown, a maternal-fetal medicine physician who recently retired from UT Southwestern Medical School.

Last year, when the Texas legislature was still debating and revising S.B. 4, Brown was called in to educate members on the medications named in the bill. He told the legislators that over-regulating misoprostol and methotrexate was a bad idea, because they are both used for a variety of purposes that have nothing to do with elective abortion.

“I thought they were problematic to be embedded in a law,” he said. “Methotrexate is a chemotherapy agent. It’s used to treat cancer. It’s used for people with arthritis, for people with lupus, for autoimmune diseases, for psoriasis. It’s a widely used, inexpensive drug. And now, if someone makes an error and gives it to a pregnant woman, they can be arrested and jailed.”

Whether or not S.B. 4 is ever used to prosecute a pharmacist is almost beside the point. As long as there’s a law on the books that can reasonably be read to suggest the possibility of criminal charges for providing these drugs, it will be harder for patients to get them. 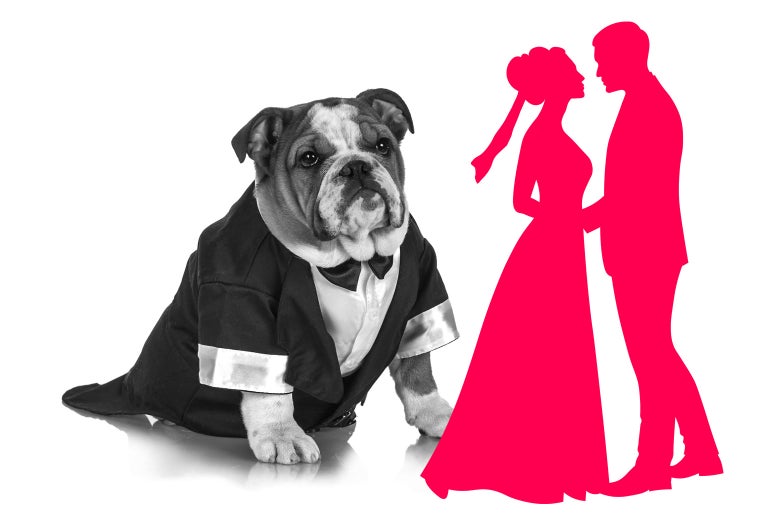 Help! My Sister Is Furious That We’re Allowing Dogs—but Not Kids!—at Our Wedding.

Dear Care and Feeding: My Wife Is Obsessed With Our Son Becoming a “Good Man.” He’s 5.

Last month, John Thoppil, an Austin-based OB-GYN and president of the Texas Association of Obstetricians and Gynecologists, recounted on the phone how, a few months ago, he heard from a doctor who was trying to get methotrexate from a nearby pharmacy to treat an ectopic pregnancy. The pharmacist had refused to fill the prescription, citing fears of prosecution under the new law.

Thoppil was able to direct the doctor to a different pharmacy, and the patient received her care. “But that sort of unintended consequence is frankly scary, because a tubal pregnancy is life-threatening,” he said, using another term for ectopic pregnancy. “And to have that delay of care is incredibly bad.”

“I just think that there’s so much fear, and sometimes a little bit of misunderstanding about this process,” Thoppil continued. “And honestly, unfortunately, I think that this is all part of the intent of the way the law is written: to create fear that does even more than what the law does.”

A blog dedicated to educating pharmacists, doctors, veterinarians, and the general public about the law in the United States relating to compounded medications for both humans and animals